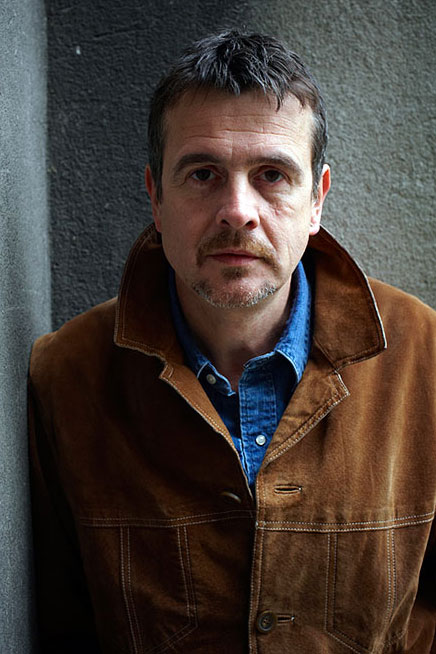 Why do we prefer our serial-killers to be sophisticated?

“The Dante Club” by Matthew Pearl is a thriller in which a murderer kills his victims in the manner of the torments featured in Dante’s “Inferno”. It is in fact only the latest in a long line of thrillers in print and on film, to make good use of the patterned serial killer – killers who base their murderous activities around some elaborate, arcane pattern of their own, warped invention. Even our very own Queen of Cosy Dame Agatha Christie was not beyond bringing a patterned serial-killer along to tea at the vicarage, in books like “The ABC Murders” and “Ten Little Unmentionables”. Recent years however have seen something of a glut of these yarns, in which an increasingly fiendish gaggle of psychopaths dispatch their victims in a variety of bizarre, brutal, but always deeply intellectual ways.

In “Red Dragon”, the book by Thomas Harris which introduced the world to Hannibal Lecter , families are butchered as a killer transforms himself in homage to the work of William Blake. Boris Starling’s “Messiah” – later a successful TV franchise – has victims meeting their deaths in the manner of Christ’s apostles. Religion often inspires these fictional fruitcakes, the most memorable in recent years being the murderer using the deadly sins as the basis for a graphic killing spree in David Fincher’s acclaimed movie “Seven”.

If Kevin Spacey’s flat-eyed butcher and Anthony Hopkins’s slavering gourmand have defined the patterned serial killer in recent years, a quarter of a century ago it was the great Vincent Price who had the market cornered, and neatly carved up. In 1973’s “Theatre Of Blood”   Price plays ham actor Edward Lionheart, wreaking a murderous revenge on his critics in the manner of Shakespearean deaths. So the cream of British character acting is variously drowned in vats of wine, stabbed by tramps on the Ides of March and in the case of a camper-than-camp Robert Morley, forced to eat his beloved pet poodles a la “Titus Andronicus”.   Three years earlier Price was doing away with all and sundry using the biblical plagues of Egypt as his inspiration in “The Abominable Dr Phibes – a film featuring rats, frogs, locusts and such abominable dialogue as “a brass unicorn has been catapulted across a London street and impaled an eminent surgeon. Words fail me gentlemen!”

So why do we like our serial killers so clever, so inventive? Well, that way they become easier for us to cope with. Easier for us to distance ourselves from. It’s unthinkable that these monsters could be living next door to us, so we give them superhuman, even Godlike powers. These powers must be steeped in the highest learning of course. We certainly don’t want a serial killer who murders using the plotlines from “Hollyoaks”. As long as our fictional killers think they’re Greek Gods or religious avengers or whatever, we can relax, and forget for a while that they might actually be the friendly doctor with the cuddly beard, or that twinkly-eyed builder who does so much work on his patio. We can forget that they might be you, or God forbid, me…

While we’re nice and comfortable with our serial killers, it’s a small step to making them downright comic. There were certainly gags a plenty in those arch Vincent Price movies and the serial-killer is played pretty much purely for laughs in “Who Is Killing The Great Chefs Of Europe?”. In this book, later a 1978 film starring Jacqueline Bisset and George Segal, famous cooks (including once again the unfortunate Robert Morley) are murdered using the methods which they themselves have made famous to create their own signature dishes. On the subject of unique recipes, even Hannibal The Cannibal has himself become a slightly comical figure with his winking and his drawled “okey-dokeys” so that over the course of three books and four films he has been transformed from repulsive and terrifying to monster to loveable anti-hero.

If patterned serial killers are popular with readers and film-goers, it’s only because they’ve proved such a gift to writers and film-makers. These books and films can provide more than simple, voyeuristic thrills, but they can also be a great excuse for flimsy characterisation. Giving a killer a penchant for throttling women with red hair, pet hamsters and a wooden leg – the victim, not the killer – can be done instead of bothering to create any sort of believable or well-rounded character. An antagonist, or in some cases protagonist who kills over and over again also gives the writer and his creation plenty to get their teeth into. It also gives the story an inbuilt accelerator, which is of course crucial to a decent thriller. How many times in these books and films does a feisty FBI trainee or a sexy profiler say something like “he must start killing faster now. He has a taste for it…”

It was only a matter of time until the patterned serial-killer thriller became self-referential. In Val McDermid’s novel “Killing The Shadows”, a serial killer does away with crime-writers in the manner of the killers they themselves have created. While having a sly dig at some of her fellow crime-writers, it also left most of us almost as gutted that we hadn’t thought of it first. In the   movie “Copycat”, the killer is emulating real-life serial killers and in 1999’s “The Crimson Code”, the circle is more or less completed by a plot which has police hunting a serial, serial-killer killer…

So what next for the patterned serial killer? Well, I vote for a new version of “Someone Is Killing The Great Chefs Of Europe” in which Ainsley Harriott is bludgeoned to death with Percy Pepper and Sammy Salt. I’d like to see a remake of “Seven” using dwarves rather than sins. And I’m writing an original story in which Radio 4 personalities are killed off in patterns that echo their own programmes. So, the cast of “Just A Minute” is murdered without hesitation, repetition or deviation ; Sue Lawley is lured to a deserted island and force-fed her favourite records, and in the most hideous killing of all, a bloodthirsty psychopath stalks the streets of Ambridge,, where armed with only a jar of home-made jam and a combine harvester, he…no, wait a minute. That’s ridiculous. A serial-killer in “The Archers”??   Some things are just too hideous to even contemplate.

The evolution of a detective…

So this serial killer walks into a bar…

‘Down on the floor or you’re
fucking dead…’